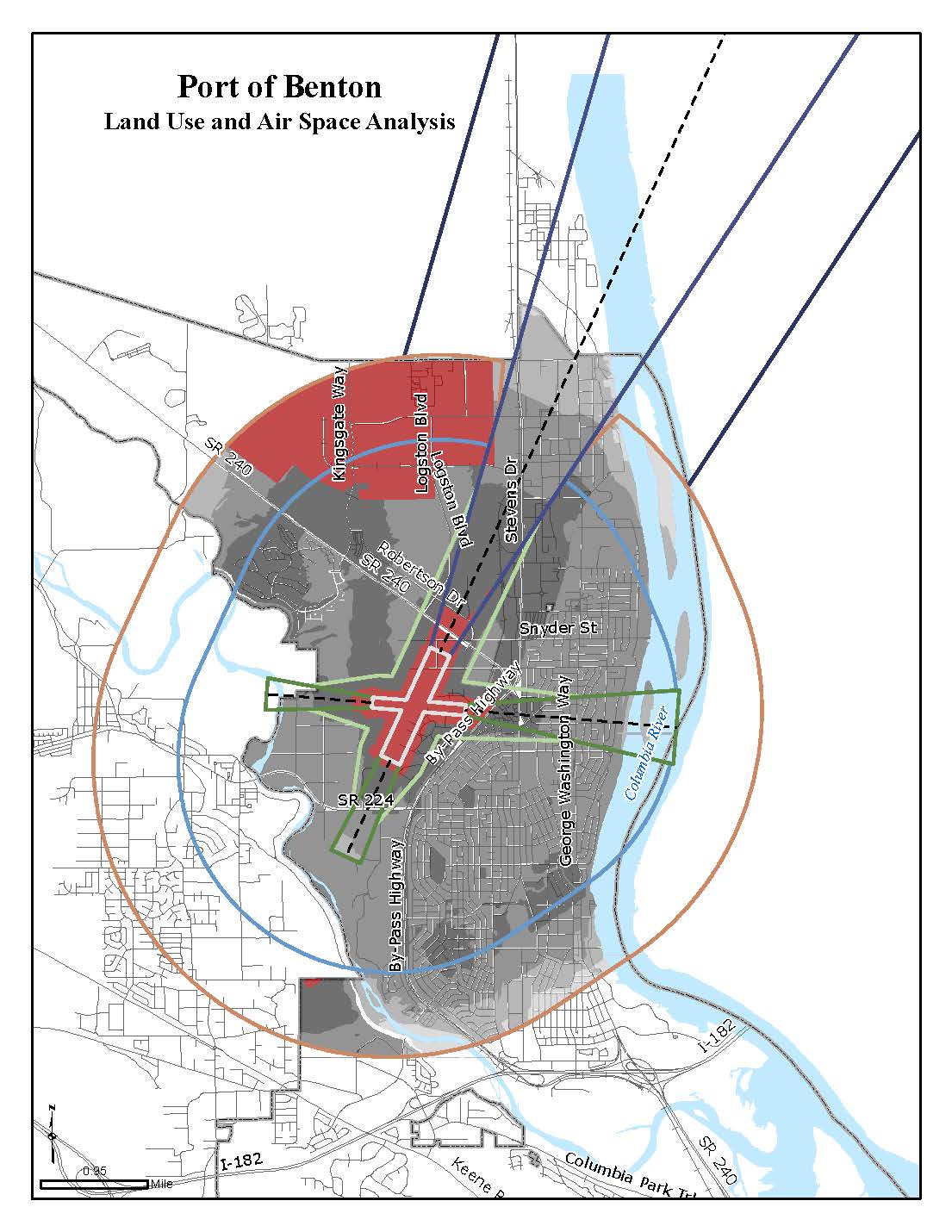 Together the Port of Benton and the City of Richland, Washington have a need to coordinate with each other on development in the City and around the airport. Building heights are particularly important as they relate to the Airport’s airspace. Using GIS, J-U-B Engineers, Inc. (J-U-B) effectively analyzed the ground elevations in the city with the 3D airspace surfaces around the airport to allow City staff to see how much clearance might be available for new development and restrict development from interfering with airport operations. With these differences in the terrain to the airspace, J-U-B then compared the potential clearance to the City’s zoning information to discover where there might be a potential issue. This analysis is provided to the Port as well as the City as GIS data and as an effective GIS application so that City planners and zoning officials can quickly see if there is any issue with potential building heights and link to additional documentation required for certain areas in and around the Airport’s airspace. The State Department of Transportation’s airport land use compatibility zones are also available in the GIS application for reference so that proposed land use changes around the airport can be evaluated.