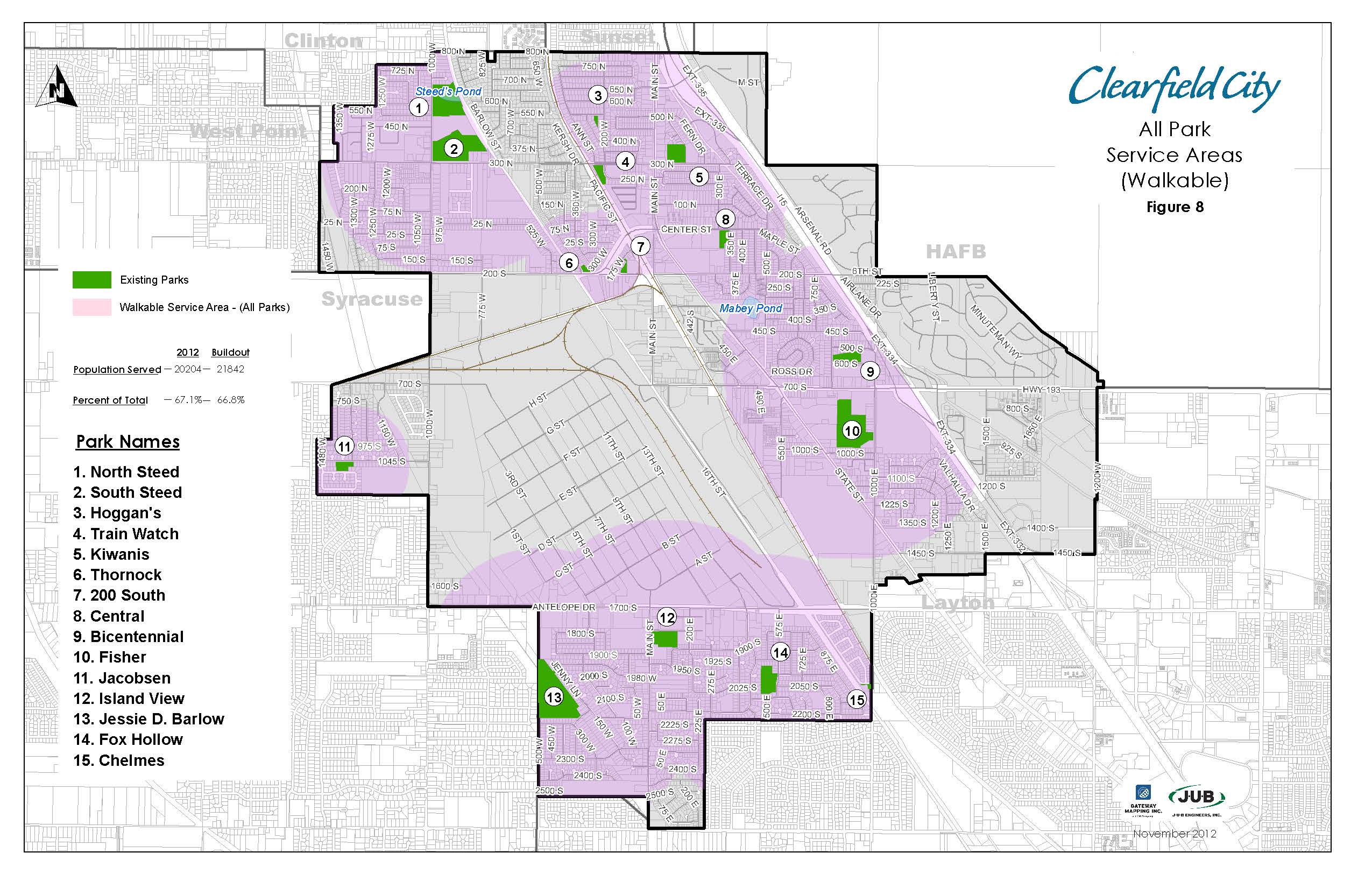 In 2012, J-U-B Engineers Inc. (J-U-B) was contracted to create a new capital facilities plan for the parks and trails in Clearfield City, Utah. Given the task to identify potential locations for new parks, trails, and improvements within the City, it was determined that GIS would be an excellent tool for analyzing information and making decisions. Rather than simply using GIS as a tool for creating maps, it was used as an integral part of the planning process. As decisions were made, the results were tested, visualized and analyzed directly in GIS. The level of service of existing parks was determined by inventorying the facilities provided by each park and entering the information into GIS. Park service areas were defined, and the population served by each park was calculated using 2010 US Census data in geographic format. GIS was used to delineate natural and man-made barriers that might impede walking access to parks, and the results were included in the analysis. Trail connectivity was tested for effectiveness of use, and recommendations for improvements were made. Population growth potential was analyzed and compared to areas served (and not served) by parks, and locations for potential future parks were determined. In the end, a geographic database of information produced by the capital facilities plan was created, and this data was included as part of the deliverable to Clearfield City for use in future analysis.