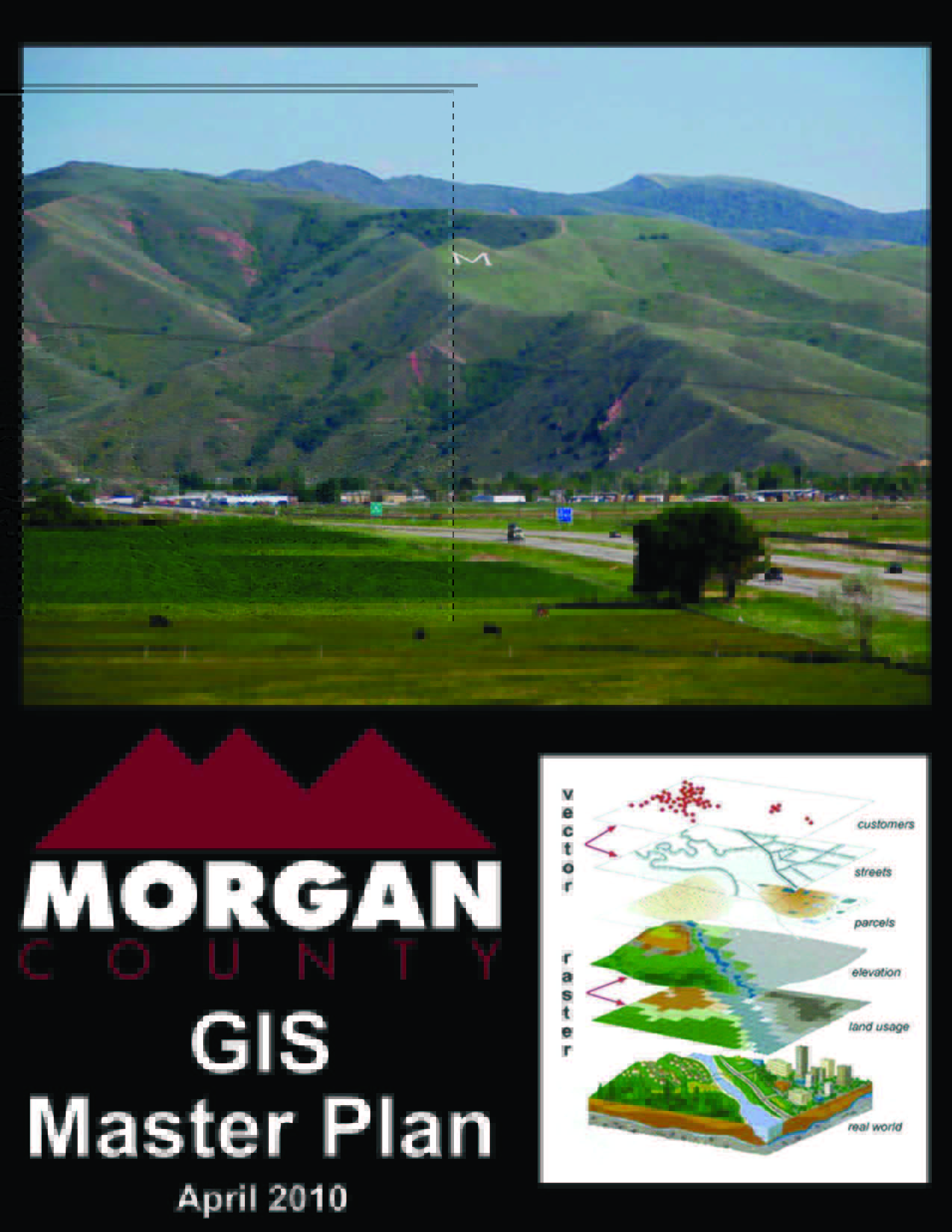 In 2010, the use of GIS was rapidly increasing in Morgan County, Utah. The demand for GIS grew as employees across several departments throughout the County began to use GIS, and the workload of the County’s GIS department increased. It soon became apparent that a coordinated effort was needed in order to maximize the County’s GIS investment. Planning Director Grant Crowell took the lead in the effort and contracted with Gateway Mapping, Inc.(GMI), to perform a full evaluation of GIS in Morgan County and come up with a plan for efficiently moving GIS forward. Over a period of approximately three months, Gateway Mapping gathered data through interviews with County employees, group meetings, and technical analysis of Morgan County’s GIS infrastructure. This process led to a clear picture of the path forward for GIS in Morgan County, including how GIS should be used, how workflows should be structured, and which GIS projects were of highest priority. Upon completing the analysis, Gateway Mapping submitted a written report of the findings, including several work plans detailing steps necessary to complete the highest priority projects. County staff immediately began to implement the plan, and the highest priority project (county-wide parcel mapping) is now complete.