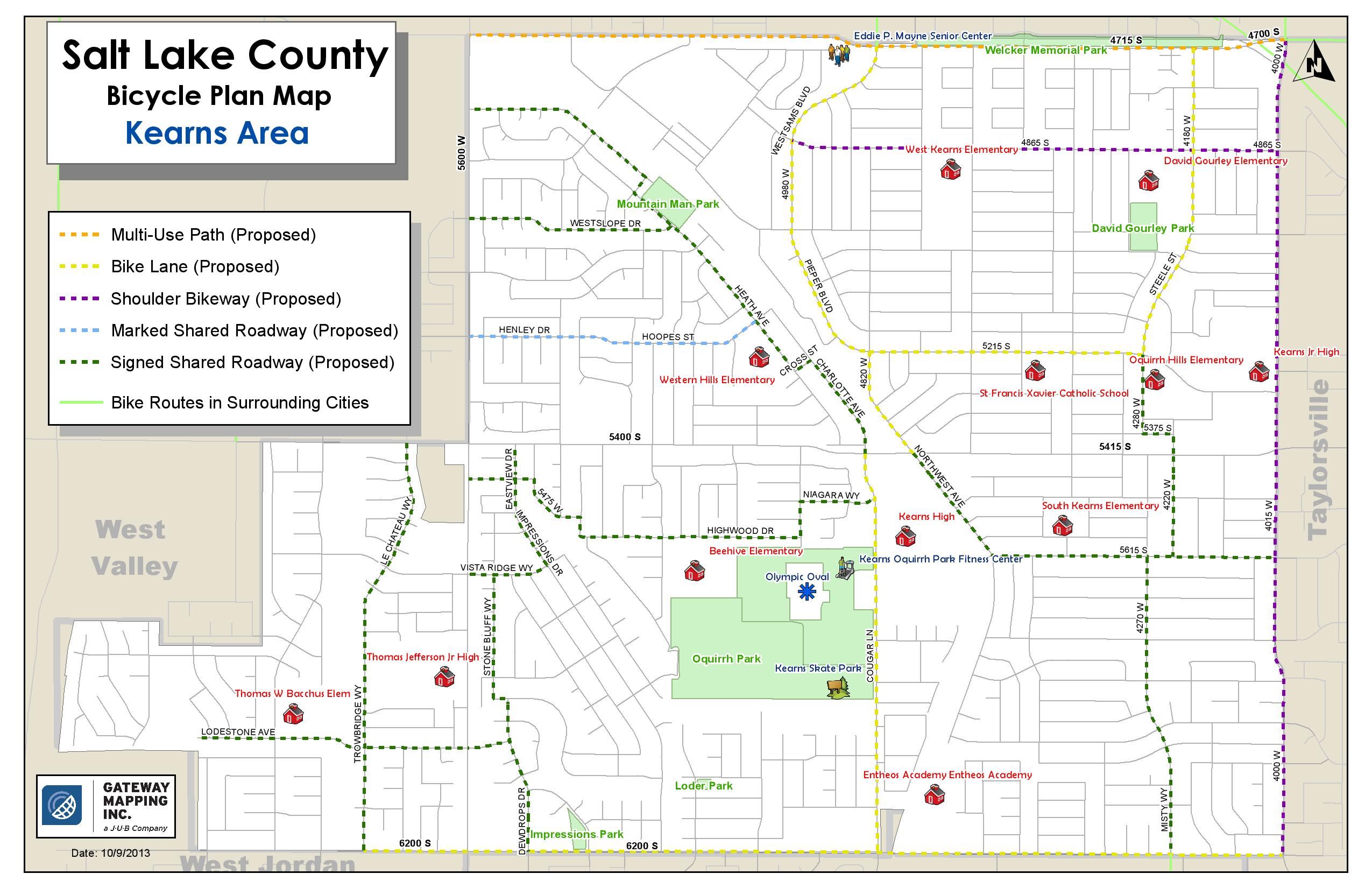 In 2012, J-U-B Engineers, Inc. (J-U-B) performed a comprehensive bicycle transportation improvement study and plan for Salt Lake County, Utah. J-U-B was tasked with identifying, classifying, and prioritizing potential bicycle routes throughout the unincorporated communities of Salt Lake County. GIS was a critical component of the project. Our GIS specialists were responsible for creating a comprehensive inventory of existing and potential bicycle routes. GIS served as the principal data repository for the information used in the project.

Information such as speed limit, number of lanes, annual average daily traffic (AADT), number of bicycle accidents and paved shoulder width was collected and attached to the GIS for each route. GIS was then used to calculate the value each potential route would provide in an overall bicycle network, how well the route connected to common destination locations, as well as the amount of risk cyclists would experience when traveling on each route. Several other factors were included, after which GIS was used to score each route and create a list of potential bicycle transportation improvement projects. Because the project had been based in GIS, high quality maps and figures were quickly produced from the analysis data.

Finally, video files and proposed cost sheets were hyperlinked to the GIS for easy access. In the end, Salt Lake County was very satisfied with the final product they received. In addition to the final report produced by J-U-B’s transportation engineers and planners, the County was able to receive fully-functional GIS data produced by the study which was subsequently incorporated into the City’s existing GIS.